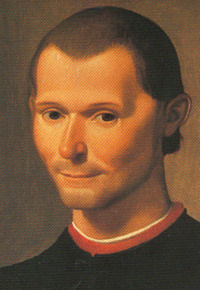 Quotes by and about Niccolo Machiavelli

Machiavelli: "A wise prince ... ought to question [the wise men in his state] upon everything, and listen to their opinions, and afterwards form his own conclusions. ... Each of them should know that, the more freely he shall speak, the more he shall be preferred."

Machiavelli: "It is better to be audacious than cautious, because fortune is a woman, and if you wish to keep her under it is necessary to beat and ill-use her; and it is seen that she allows herself to be mastered by the adventurous rather than by those who go to work more coldly." 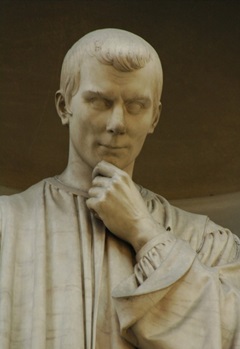 Isaiah Berlin: "There is something surprising about the sheer number of interpretations of Machiavelli's political opinions. There exist, even now, over a score of leading theories of how to interpret 'The Prince

' - apart from a cloud of subsidiary views and glosses. ... There is a startling degree of divergence about the central view, the basic political attitude of Machiavelli."

Isaiah Berlin: "There is evidently something peculiarly disturbing about what Machiavelli said or implied, something that has caused profound and lasting uneasiness."

Kenneth Talbot: "Even though [Machiavelli] did perhaps dot the i's and cross the t's more sharply than anyone before him he was actually not as cynical as Aristotle and other political theorists."

' must have been intended as a satire to warn men of what tyrants could be and do, the better to resist them."

Derek Gaillard: "[Machiavelli] is an an objective analyst of politics, a 'scientist of sentiments' who remains politically uncommitted himself."

Johann Gottfried von Herder: "[Machiavelli is a man] who faithfully described what others did not admit or recognize, an inexhaustible mine of acute observation." 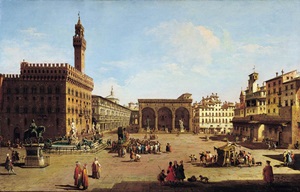 Isaiah Berlin: "[Machiavelli was] obsessed [with] classical authors, his gaze [was] on an imaginary past [and] he deduces his political maxims in an unhistorical and a priori manner."

Friedrich Engels: "[Machiavelli is] a man free from petit-bourgeois outlook."

' [are] a genuine masterpiece."

Isaiah Berlin: "[To professor George H. Sabine, Machiavelli is] a Hume or Popper before his time."

' is a handbook for statesmen."

' is a handbook for gangsters."

Isaiah Berlin: "There is prima facie something strange about so violent a disparity of judgments [as surrounds Machiavelli]. What other thinker has presented so many facets to the students of his ideas? What other writer ... caused his readers to disagree about his purposes so deeply and so widely? Yet ... Machiavelli does not write obscurely; nearly all his interpreters praise him for his terse, dry, clear prose."

Derek Gaillard: "Just as one may speak of the 'Adam Smith Problem' (i.e. the relation between 'The Wealth of Nations

' and 'The Theory of Moral Sentiments

') then one may also speak of a 'Machiavelli Problem,' that is, the relation between 'The Discourses

Isaiah Berlin: "The philosophy summarized by 'eat or be eaten, beat or be beaten' ... is not what is central in him." 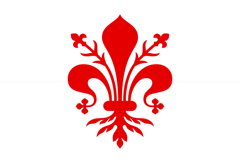 Isaiah Berlin: "Frederick the Great ... called Machiavelli 'the enemy of mankind' and [then] followed his advice."

Frederick the Great: "The bad faith with which [Machiavelli uses] examples deserves to be pointed out: it is wise to discover all the smoothness and tricks of this seducer."

Isaiah Berlin: "In killing, deceiving, betraying, Machiavelli's princes and republicans are doing evil things not condonable in terms of common morality. It is Machiavelli's great merit that he does not deny this. Marsilio, Hobbes, Spinoza, and, in their own fashion, Hegel and Marx did try to deny it."

Isaiah Berlin: "Machiavelli's cardinal achievement is his uncovering of an insoluble dilemma, the planting of a permanent question mark in the path of posterity."

Isaiah Berlin: "[In Machiavelli's writing] his human beings have so little inner life or capacity for cooperation or social solidarity."

' is beautiful and clear." 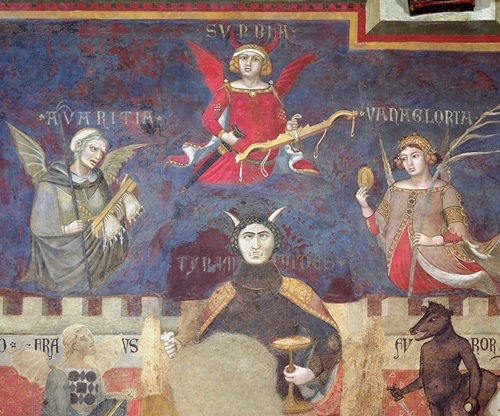