Quotes by and about Steve Jobs

[On his fascination with Miele's washing machines:]
Jobs: "[Miele] really thought the process through. They did such a great job designing [their] washers and dryers. I got more thrill out of them than I have out of any piece of high tech in years."

Jobs: "A lot of people in [the computer] industry haven't had very diverse experiences. So they don't have enough dots to connect, and they end up with very linear solutions."

Jobs: "When you first start off trying to solve a problem, the first solutions you come up with are very complex. ... But if you keep going, and live with the problem and peel more and more layers of the onion off, you can sometimes arrive at some very elegant and simple solutions. Most people just don't want to put in the time or energy to get there." 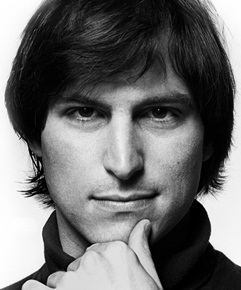 Jobs: "I got very interested in people who had discovered something more significant than ... intellectual, abstract understanding."

Jobs: "I saw a lot of people contemplating things, but it didn't seem to lead to too many places."

Jobs: "I wish [Bill Gates] the best, I really do. I just think he and Microsoft are a bit narrow. He'd be a broader guy if he had dropped acid."

Jobs: "[My] system is that there is no system."

[On his perfectionism regarding his products:]
Jobs: "When you're a carpenter making a beautiful chest of drawers, you're not going to use a piece of plywood on the back, even though it faces the wall and nobody will ever see it. You'll know it's there, so you're going to use a beautiful piece of wood on the back. ... The quality has to be carried all the way through."

Jobs: "The world doesn't need another Dell or Compaq."

Jobs: "[Apple doesn't] cross a river to go somewhere else; the other side of the river is coming to us." 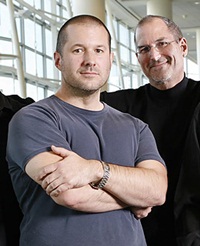 Jobs: "Good PR educates people; that's all it is. You can't con people in this business. The products speak for themselves."

Jobs: "If I had a spiritual partner at Apple, it's [Jonathan Ive]."

Jobs: "We didn't build the Mac for anybody else. We built it for ourselves. We were the group of people who were going to judge whether it was great or not."

[Commenting on the rivalry between Apple and NeXT:]
Jobs: "There is nothing, by the way, that says that Apple can't compete with us if they think what we're doing is such a great idea. It's hard to think that a $2 billion company with 4,300 people couldn't compete with six people in blue jeans."

[Responding to Apple's complaints that he was taking key employees out of the company to start NeXT:]
Jobs: "I wasn't aware that Apple owned me. I don't think they do. I think that I own me."

Jobs: "I've seen the demonstrations on the Internet about how you can find another person using a Zune and give them a song they can play three times. It takes forever. By the time you've gone through all that, the girl's got up and left! You're much better off to take one of your earbuds out and put it in her ear."

Jobs: "It is better to be a pirate than to join the navy."

Jobs: "Your time is limited, so don't waste it living someone else's life. Don't be trapped by dogma - which is living with the results of other people's thinking." 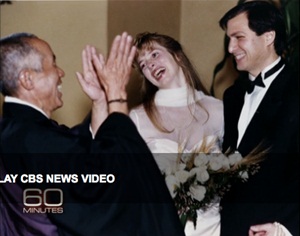 Jobs: "You can't connect the dots looking forward [so] you have to trust in something - your gut, destiny, life, karma, whatever. This approach has never let me down."

Jobs: "If you want to live your life, you have to not look back too much."

Jobs: "Maybe Thomas Edison did a lot more to improve the world than Karl Marx."

Jobs: "I'm a black and white sort of guy: Things are either black, or they're white."

Jobs: "Design is a funny word. Some people think design means how it looks. But ... if you dig deeper, it's really how it works."

Jobs: "[Google is] all over the map. [They should focus on] five products [and] get rid of the rest."

Larry Page: "He always seemed to be able to say in very few words what you actually should have been thinking before you thought it."

Forbes: "[NeXT employee Randy Adams] said Jobs was constantly telling employees who had screwed up or done something he didn't like to 'fire yourself.' Was Jobs serious? 'Well, if you didn't get a termination notice then you knew he was only kidding.'" 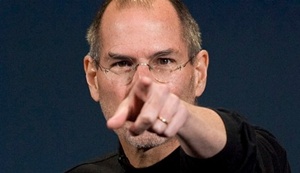 Guy Kawasaki: "[Jobs would] hang his employees out to dry. ... If you're a Steve fan, you say: 'See, he knew how to cut through all the bullshit.' If you're not a Steve fan [you say] 'he lacked social graces.'"

Connie Guglielmo: "Executives from both companies gathered in a conference room at NeXT's headquarters. [They were] waiting for Jobs to arrive. He finally came in, turned to the senior IBM executive and said 'Your user interface sucks.' There were gasps from executives at both companies."

Charles Arthur: "Jobs excelled at sizing up an opponent, finding the way around them, using a sort of negotiating jiu-jitsu to make people change intractable positions, and in his interest. So he got the record labels to give him control of selling digital music, because they feared piracy and file-sharing a lot more than they feared him."

Glenn Reid: "[When working on designs] Steve would draw a quick vision on the whiteboard, we'd go work on it for a while, bring it back, find out the ways in which it sucked, and we'd iterate, again and again and again. That's how it always went. Iteration."

Glenn Reid: "[To Steve] iteration [was] the key to design, really. Just keep improving it until you have to ship it."

Glenn Reid: "Steve Jobs was passionate, as everyone knows. What he was passionate about was, I think, quite simple: he liked to build products."

Glenn Reid: "[Steve] told me once that part of the reason he wanted to be CEO was so that nobody could tell him that he wasn't allowed to participate in the nitty-gritty of product design. He was right there in the middle of it. All of it."

Glenn Reid: "[Steve's approach was something] which I characterize in my mind as a 'cauldron.' There might be 3 or 4 or even 10 of us in the room. ... Ideas would come forth. ... We would 'throw them into the cauldron,' and stir it, and soon nobody remembered exactly whose ideas were which. This let us make a great soup, a great potion, without worrying about who had what idea."

Glenn Reid: "Apple would have never happened if he were simply a CEO. Steve's magic recipe was that he was a product designer at his core."

Emily Brower Auchard: "Jobs was a 'noticer' who picked up on the smallest detail."

New York Times: "[Jobs] praised [the architect] Joseph Eichler. 'He loved doing things right,' Mr. Jobs said. 'He even cared about the look of the parts you couldn't see.'" 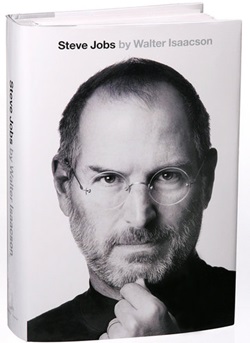 Walter Isaacson: "He could stun an unsuspecting victim with an emotional towel-snap, perfectly aimed."

The Business Insider: "Steve Jobs ... must have worried how Walter Isaacson's biography would make him look. But [he] asked for [only] one thing in the forthcoming tome: The cover. ... [He promised] not to meddle with anything but the book's cover."

Maureen Dowd: "[Jobs] wanted the other person to blink first."

Jobs: "I know that living with me was not a bowl of cherries."

Ashton Kutcher: "[Jobs] couldn't have built what Woz built. In fact, when Steve got hired at Atari [in the mid-1970s], the reason he got hired was because they knew he knew Woz."

Ashton Kutcher: "[Jobs] knew a lot, but he also had the ability in some cases to not know a lot, which is what allowed him to make things really simple. ... He could take really complicated things and make them very simple."

Walter Isaacson: "Jobs became fascinated by the way Carr Jones relied on old material, including used bricks and wood from telephone poles, to provide a simple and sturdy structure. ... 'He was a careful craftsman who was self-taught,' Jobs said as he pointed out each of the details."

Walter Isaacson: "Jobs liked to see himself as [a] rebel pitted against evil empires, a Jedi warrior or Buddhist samurai fighting the forces of darkness."