Toxic Masculinity is a controversial concept in psychology defined as cultural norms around masculinity that are commonly deemed to be harmful to women, to men themselves, and to society overall.

Could your beliefs be said to be toxically masculine? For each of the following questions, indicate your level of agreement below.

Men should use violence to get respect, if necessary.

Our Toxic Masculinity measure provides feedback such as the following: Deceitfulness-Arrogance measures a person’s willingness to bend the rules for personal gain. People high in this trait are prone to flattery and insincere displays of friendliness; are compelled to seek luxury and prestige, and feel entitled to special status and privilege. Trait Anger measures a dispositional tendency towards frequent anger that is often accompanied by related negative emotions such as envy, resentment, hate, and disgust. People high in this trait have low boiling points and tend to have a lot of interpersonal conflicts in their lives. Heteronormativity measures oppressive, stigmatizing, and marginalizing beliefs about what a “real man” should be like, along with the expectation that women should submit to and serve men. People high in this trait usually believe that men should be strong and willing to use violence to defend themselves or get what they want. Homophobia encompasses a range of negative views about homosexuality or people who are perceived as being gay, lesbian, bisexual or transgender. People high in this trait usually exhibit hostile attitudes towards homosexuals, possibly accompanied by contempt, prejudice, and aversion. Total Toxic Masculinity indicates the test taker’s overall level of toxic masculinity. Higher scores indicate a greater degree of toxic masculinity.

The authors of this free online Toxic Positivity quiz are certified in the use of numerous psychological tests and have worked professionally with psychometrics, gender conception, and personality testing. Prior to using our free Toxic Positivity test, please note that while some of the results provided may be compatible with the results of other tests and training materials, this test should not be confused with competing proprietary tests. The results of our free Toxic Masculinity test are provided "as-is” and should not be interpreted as the equivalent of professional advice. For additional information, please consult our Terms of Service. 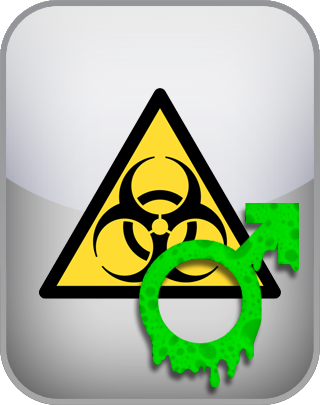 1. Free. This Toxic Masculinity Test is delivered to you free of charge and will allow you to obtain your scores related to the subcomponents of Toxic Masculinity, such as Deceitfulness-Arrogance, Heteronormativity, Homophobia, and Trait Anger.

4. Research-based. The scales utilized by this instrument have been brought together from several independent measures of Toxic Masculinity and combined into a single test.