This transphobia test, adapted from research by Michael H. Miner and his colleagues at the University of Minnesota, seeks to measure transphobia (that is, discomfort with people who have a transgender identity).

Could you be said to be a transphobic person? For each of the following statements, indicate how well it describes you below.

Transgender persons who refuse to present themselves as cisgender should not complain if they find that others will not accept them.

The IDRlabs Transphobia Test (primarily for Cisgender; IDR-TTpfC) was developed by IDRlabs. The IDR-TTT is based on the work of Dr. Walter Bockting, Ph.D., Michael H. Miner, and colleagues, who authored the paper: “The Transgender Identity Survey: A Measure of Internalized Transphobia.” The IDR-TTT is not associated with any specific researchers in the field of psychopathology, social psychology, personality psychology, or any affiliated research institutions. The test is meant to raise awareness of transphobia and does not endorse or condone transphobia of any kind. For more, please consult our Terms of Service.

Cisgender Hegemony: Measures the degree to which you believe that a “real” or “normal” human identity can only be that of a cisgender man or woman. People who score high on this scale often believe that non-conventional gender identities (such as intersex, queer, non-binary, or non-binary transgender), are purposefully choosing to be different and, as such, inviting ridicule or discrimination on purpose. As a result of cisgender hegemony, many transgender people may feel that they will be accepted only if they try to pass themselves off as cisgender and that they would not be able to feel valid, safe, or understood if they expressed their true gender identity.

Transgender Alienation: Indicates the degree to which you believe that transgender people are so different from cisgender people that it would not be advisable to seek meaningful or close relationships between the two groups (and/or that it would be better if transgender people kept to themselves). For their part, transgender people often report struggling with feelings of isolation and a sense of being separate and no one being able to understand them — a sense that is then reinforced and egged further on by the segregationist beliefs that may be held by the people around them.

As the publishers of this free online transphobia test, which allows you to screen yourself for transgender prejudice, cisgender hegemony, transgender alienation, and transgender scorn, we have striven to make the test as reliable and valid as possible by subjecting it to statistical controls and validation. However, free online tests and quizzes such as the present transphobia test do not provide professional assessments or recommendations of any kind; the test is provided entirely “as-is.” For more information about any of our online tests and quizzes, please consult our Terms of Service. 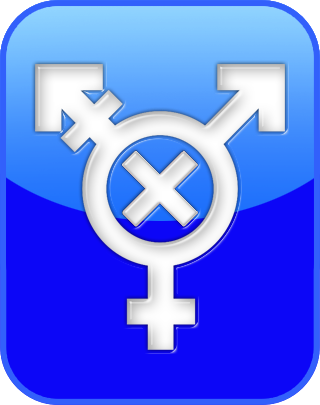 1. Free. This Transphobia Test is delivered to you free of charge and will allow you to obtain your scores relating to four significant facets of transphobia.

2. Clinically oriented. The feedback delivered by this instrument was adapted from the work of Ph.D.s and medical professionals and is designed to deliver a picture of your current degree of transphobia as measured according to standardized items.