Based on research from University of Toronto

Biological sex and social gender are congruent for most people, but not for everyone. A mismatch between sex and gender tends to cause distress and discomfort, which psychiatrists refer to as gender dysphoria. Those with gender dysphoria are often uncomfortable with their assigned gender and may feel disconnected from their own body. Gender dysphoria is associated with high rates of stigmatization and discrimination, resulting in a negative self-image and increased occurrence of other mental health challenges.

Do you have gender dysphoria? For each of the following statements, indicate your level of agreement below.

Felt unhappy about being my birth-assigned gender.

The IDRlabs Gender Dysphoria Test (IDR-GDT©) was developed by IDRlabs International. The IDR-GDT was informed by a scientifically validated instrument for the assessment of gender dysphoria: The Gender Identity/Gender Dysphoria Questionnaire for Adolescents and Adults (GIDYQ-AA). The IDR-GDT is not associated with any researchers who contributed to the above psychological tool or their affiliated research institutions.

The IDRlabs Gender Dysphoria Test was informed by the research of Deogracias and his colleagues in partnership with the University of Toronto and Columbia University. Though gender-related issues have been researched and presented in psychological literature for decades, in recent years there has been more widespread attention in the media, popular culture, and public awareness. The items in the present test were created based on the lived experienced of those with gender dysphoria, resulting in a comprehensive psychological instrument. The present gender dysphoria test is not intended to provide a medical diagnosis of any kind or replace a proper mental health assessment. IDRlabs International and the present IDRlabs Gender Dysphoria Test are independent from any of the above researchers, related organizations, or affiliated institutions.

The Gender Dysphoria Test is based on a valid and reliable tool for the assessment of this psychological construct. However, free online tests such as this are solely initial considerations of the concept being examined and cannot provide entirely accurate assessments of your personality, character, or any components of your psychological state. As the publishers of this free online test, which allows you to screen yourself for the presence of gender dysphoria symptoms, we have strived to make the test as reliable, valid, and comprehensive as possible by subjecting this test to statistical controls and validation. For more information on the instrument this test is based on, see: Deogracias, J. J., Johnson, L. L., Meyer-Bahlburg, H. F., Kessler, S. J., Schober, J. M., & Zucker, K. J. (2007). The gender identity/gender dysphoria questionnaire for adolescents and adults. Journal of Sex Research, 44, 370-379.

Though developed and statistically validated by professionals, free online tests such as the present gender dysphoria quiz do not provide professional assessments or recommendations of any kind; the results of our free online gender dysphoria test are intended for educational and entertainment purposes only, and are therefore provided “as-is.” For more detailed information about the current test or any of our other online psychological tests, please consult our Terms of Service. 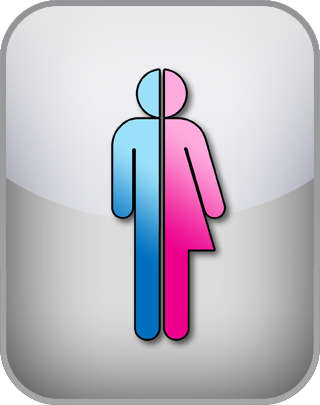 1. Free. This online gender dysphoria test is delivered to you at no charge and will allow you to obtain your scores on psychological criteria that may indicate subjective distress regarding one’s gender identity.

2. Validity and reliability. The evidence published in peer-reviewed scientific journals indicates that the GIDYQ-AA is a psychometrically sound measure of gender dysphoria.

3. Relevant to current events. Issues around gender identity are increasingly being discussed. Tests such as the present one contribute to this awareness and stimulate discussion.

4. Statistical controls. User results for the present test are logged into an anonymized database, and statistical analyses are performed to ensure maximum validity and reliability of results.