Drawing on the work of Dr. Daniel Goleman, this test maps your experience of empathy along multiple empirical dimensions. Analyses of Goleman's work have found these concepts to have good psychometric properties in the form of high validity and test-retest reliability. Consequently, tests such as this one are often used for research purposes and in clinical settings, where it has been shown to be relevant not just for mapping a person's predilection for empathy, but for charting other elements of their social style and responses as well.

For each of the following items, indicate your level of agreement below.

I spontaneously take it on myself to do acts and deeds that make others more comfortable.

The IDRlabs Empathy Test (IDR-ET) was developed by IDRlabs. The IDR-ET is based on the work of Dr. Daniel Goleman and his colleagues, who wrote the book Empathy, and Dr. Simon Baron-Cohen, who developed the Empathy Quotient. The IDR-ET is not associated with any specific researchers in the field of personality psychology or any affiliated research institutions.

The test provides feedback such as the following: Empathy Spectrum: Describes the extent and breadth of conditions that are likely to elicit an empathic reaction in a person. People who score highly on this dimension are likely to empathize in a wide variety of situations. Those with lower scores are not necessarily non-empathic, but they may forego empathic responses when listening to stories that involve a breach of conventional morals, or which may remind them of their own situation or life stories so strongly that they feel compelled to offer responses from their own point of view rather than empathetic ones. In other words, Empathy Spectrum represents the range of accounts with which an individual is likely to empathize. It should thus be noted that the Empathy Spectrum does not denote the intensity or magnitude of a person’s empathic responses, as that is designated by Empathy Arousal.

Emotional Empathy: Denotes the ability to sense other people’s emotions – mirroring them and responding appropriately to them. People who score highly on this dimension are usually greatly moved by sharing in the emotions of others and have an easy time experiencing the same emotions vicariously or by proxy. As a result, compassion comes easily to people high in Emotional Empathy, especially toward others who are undergoing distress. Indeed, one can say that people high in Emotional Empathy are able to directly feel the emotions of others for themselves and thus often feel an emotional echo or reflection of what the other person’s situation is like. In this way, they can take on another person’s emotional condition and experience through participating in their feelings.

Cognitive Empathy: Cognitive Empathy, sometimes called Intellectual Empathy, is as much about thinking as it is about feeling. As such, Cognitive Empathy can be described as thinking about feeling – intellectually knowing, understanding, or comprehending what the other person is going through without necessarily experiencing an inkling of those same feelings oneself (that feature is denoted by Emotional Empathy). People who practice cognitive empathy put themselves in the shoes of others. They are envisioning intellectually what it is like to be the other person, in that person’s situation, without necessarily feeling those emotions directly themselves. They may or may not do so, but again, this is denoted by Emotional Empathy. As such, people high in Cognitive Empathy are usually good at predicting how others will feel or react if exposed to a given situation.

As the publishers of this free online empathy test, which allows you to screen yourself for the signs and symptoms of this condition, we have striven to make the test as reliable and valid as possible by subjecting it to statistical controls and validation. However, free online quizzes such as the present empathy test do not provide professional assessments or recommendations of any kind; the test is provided entirely “as-is.” For more information about any of our online tests and quizzes, please consult our Terms of Service. 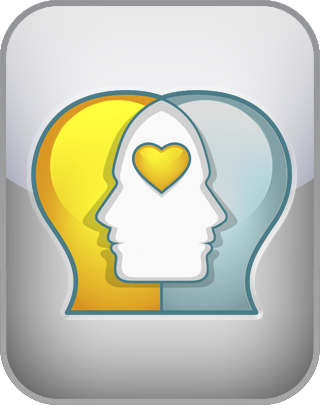 1. Free. This empathy test is delivered to you free of charge and will allow you to obtain your scores related to empathy arousal, empathy spectrum, emotional empathy, cognitive empathy, and behavioral empathy.

2. Clinically oriented. The feedback delivered by this instrument is based on the work of Ph.D.s and is designed to deliver a clear clinical picture of the respondent’s current traits indicating empathy as measured according to standardized items.