Inspired by the Ritvo Autism Asperger’s Diagnostic Scale-Revised (RAADS-R), the methodology employed by this test is often used to indicate possible autistic or Asperger-related traits in higher functioning adults – i.e., people who are often excluded from formal clinical diagnosis due to the subclinical severity of their symptoms and traits.

Where do you fall on the five-factor model of autism? For each of the following statements, indicate how well it describes you below.

I do not connect with characters in movies and cannot feel what they feel.

The IDRlabs Autism Test, Short-Form Version is inspired by the Ritvo Autism Asperger’s Diagnostic Scale-Revised (RAADS-R), authored by Riva Ariella Ritvo (Ph.D.), Assistant Clinical Professor at Yale School of Medicine. IDRlabs is not affiliated with either the author, the Yale School of Medicine, or any other institution.

The test measures traits and features related to the subclinical presentation of:

Autism Spectrum Disorder (ASD): People with autism spectrum disorder (ASD), a developmental disability brought on by differences in the brain, typically struggle with social engagement, communication (both receptive and expressive), and confined interests or repetitive activities. For instance, they usually avoid or do not maintain eye contact, do not show distinct facial expressions (i.e., sad, excited, surprised, etc.), must follow particular routines, and have unusual reactions to different stimuli. Moreover, they may have atypical ways of paying attention, moving, or learning. For example, they may have delayed cognitive skills, unusual emotional reactions, and/or delayed motor skills. ASD behavioral signs frequently manifest in the early stages of development. By 12 to 18 months of age, or even earlier, many children begin to exhibit symptoms of autism. The likelihood of having autism is increased among children born to older parents. There is a 2 to 18% probability that parents of a child with ASD will have another affected child. According to studies, the likelihood that an identical twin will experience autism ranges from 36% to 95%.

Autism is a chronic condition for which there is no recognized treatment. As a spectrum condition, autism comes in different severity levels and levels of disability. Some individuals with ASD who have less severe symptoms can learn to control the condition more successfully than others. Early intervention can enhance cognitive and socio-emotional skills. The most extensively studied and widely applied behavioral interventions for autism are Applied Behavior Analysis (ABA) and therapies founded on its principles. Many children with ASD also benefit from other treatments, including speech and occupational therapy.

Asperger’s Syndrome: On the autism spectrum, Asperger’s syndrome, sometimes known as Asperger's, was once a recognized diagnosis. The Diagnostic and Statistical Manual of Mental Disorders, 5th edition (DSM-5) included it in the autism spectrum disorder (ASD) diagnosis in 2013. Even if it now falls within the umbrella of ASD, the name "Asperger's" is still often used. It is also sometimes recognized as a "high-functioning" type of ASD.

The absence of language deficits and its milder symptoms sets Asperger’s syndrome apart from traditional autism. Even mildly affected children with this developmental disorder usually have high linguistic and cognitive abilities. The main symptoms include showing minimal or inappropriate social interactions, having conversations that, more often than not, center on one person or one subject rather than others, and having a lack of facial expressions or poor comprehension of emotions. Other symptoms include having unusual speech sounds (i.e., flat, high-pitched, loud, or robotic), becoming irate at even minor routine modifications, effortlessly remembering chosen facts and information, having uncoordinated movements (especially problems with handwriting), and having difficulties with controlling emotions (which can occasionally cause verbal or behavioral outbursts, self-harming actions, or tantrums).

Asperger's Syndrome has unidentified causes; brain abnormalities and genetics may play a role. Although there is currently no cure, individuals with Asperger’s can learn to cope with some of their difficulties and recognize social cues. The interventions include cognitive behavioral therapy (CBT), social skills training, occupational therapy, speech-language therapy, and occupational therapy.

The IDRlabs Autism Test is inspired by the widely used Ritvo Autism Asperger’s Diagnostic Scale-Revised (RAADS-R), which was developed by Dr. Riva Ariella Ritvo, Assistant Clinical Professor at the Child Study Center, Yale School of Medicine. The RAADS-R test was developed as an instrument to help identify adults with subclinical autism. While the IDRlabs Autism Test is based on the well-known RAADS-R test, it cannot be used to provide clinical assessments or accurate evaluation of your personality. Clinical assessments should always be done in coordination with a mental health professional. For more information about any of our online tests and quizzes, please consult our Terms of Service. 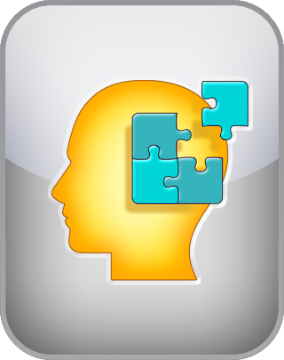 1. Free. The Autism Test is provided to you free of charge and allows you to obtain your scores related to autism in several different domains.