Testing your degree of fascism

As the American legal scholar David S. D'Amato has pointed out, much of the meaning contained in the word 'fascism' has been lost in its constant and lazy employment as a general term of abuse. Though 'fascism' and 'fascist' have long been pejorative catchwords, employed by both right and left in their denouncement of anything they do not like, fascism is in fact no catch-all, but a definite political ideology, situated at a complex cross-roads between Socialism, Conservatism, and Liberalism. By adopting elements from each of these political philosophies as its own, while simultaneously denouncing others, fascism manages to strike out as a 'fourth way' of doing politics and a definite system of government.

Does your political outlook share any of fascism's doctrines? Let's find out.

It's not logical or efficient to have several companies all making the same tire, the same wrench, the same cable, etc., so the state should step in to coordinate their efforts.

The "How Fascist Are You?" Test is the property of IDR Labs International.

The statements found in the above questions were extrapolated from the work of both actual fascists (e.g. Benito Mussolini and Giovanni Gentile) and modern-day researchers and writers on fascism, such as Stanley Payne [A History of Fascism 1914-1945; Fascism, Comparison and Definition], Robert Paxton [The Anatomy of Fascism; Vichy France], and others.

Defining the term 'fascism' was indeed a source of perplexity even for the first Italian fascists. The issue is furthermore exacerbated by how almost every communist political party and administration has chosen to call itself communist, while in fact, as a matter of historical similarity, such regimes share significant features with the state-centric approach of fascism (see Payne: A History of Fascism). Truth be told, the first Italian fascists intensified all, or almost all, of the preexisting communist practices. Though fascists have traditionally been viewed as right-wing, the political developments of interwar Europe really showcase a different affinity, namely the affinity between fascism and communism, rather than the affinity of either with the traditional left or right wing of liberal democracies. 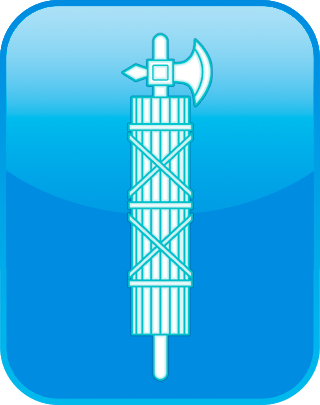 1. Free. This free online fascist test is delivered to you free of charge and will allow you to ascertain the extent of your political sympathy towards the doctrines of fascism. The test confronts you with positions that have been voiced by influential 20th century thinkers and politicians of the fascist movement.

2. Agenda-free. Unlike other online tests pertaining to politics, this test does not try to make everyone come out as a fascist or non-fascist, or to covertly denounce some contemporary political stance (such as the modern left or right) as fascist in an attempt to hammer home the superiority of the opposite view. Scores are exclusively mapped to the respondent's level of agreement with the actual doctrines of fascism.

3. Historically accurate. The fascist positions and statements employed in this test have been lifted from the works of actual fascist politicians and thinkers (such as Benito Mussolini and Giovanni Gentile), as well as modern research into fascism, as conducted by contemporary university scholars (such as Stanley Payne and Robert Paxton).