This free feminism test will allow you to obtain your scores on five of the major positions in the gender equality debate found in Western democracies. Though both feminists and anti-feminists like to claim that the definition of feminism is straightforward, there is in fact considerable variety in how feminism is defined and serious disagreements, not just between feminists and anti-feminists, but also among the various positions within feminism itself.

It is not possible to be feminist and right-wing.

The CT-Fem-5SI© is the property of IDR Labs International. It was directly inspired by the writings of feminists and anti-feminists, with items being extrapolated from their statements and opinions as voiced in the public debate.

The CT-Fem-5SI© is one of the first tests of its kind; a test designed to measure the respondent's degree of political, philosophical and societal agreement (or disagreement) with four feminist positions (Liberal Feminism; Radical Feminism; Marxist Feminism; Cultural Feminism) as well as a single anti-feminism one (Traditionalism). As several prominent politicians, researchers, and scholars have made clear in the public discourse, there is considerable disagreement about feminism in contemporary Western society. Not just between feminists and anti-feminists, but also amongst feminists themselves and the various factions that all call themselves by that name.

Although the present test relies strongly of the writings of prominent feminists and anti-feminist writers, the test should not be taken to be their exact words, or to constitute definitive teachings on the multifarious and numerous factions within feminism itself. Likewise, as the test also notes, Traditionalists are not one group, being similarly divided along philosophical, geographical, and temporal lines. More seriously, some feminists, being greatly inspired by postmodern philosophy, even believe that the effort to measure and quantify ideas is itself a relic of patriarchy and male cultural norms being forced onto domains where it does not pertain. The statements reproduced here are rendered for polling and testing purposes only and should not be taken to provide exhaustive definitions of all feminist subgroups, or to speak for the authors of the present test. Likewise, they do not represent the views of all feminists or anti-feminists; only of specific factors and movements within the feminist movement and counter-movement.

The authors of this online personality test are certified in the use of multiple personality tests and have worked professionally with politics and personality testing as well as gender testing in relation to the Big Five system of personality, which at the time of this writing is regarded as the scientific gold standard with regards to personality studies. Though the CT-Fem-5SI© is professionally-designed, and intended for earnestly measuring the respondent's philosophical, political, and cultural conception of feminism (as well as anti-feminism), the results are provided "as-is", and should not be construed as providing professional or certified advice of any kind. For more on our online personality, political, and religious tests, please consult our Terms of Service. 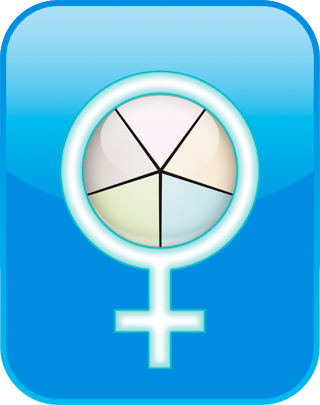 1. Free. This free online 5-scale feminism test is delivered to you free of charge and will allow you to obtain your scores on five major positions in the gender equality debate that are commonly seen in Western democracies.

2. Agenda-free. While there are other feminism tests out there, many of them attempt to spin the questions so as to have the respondent come out in agreement with their own political view. This test attempts to be agenda-free by confronting you with statements voiced by various feminist factions as well as by avowed anti-feminists.

3. Conceptual diversity. Much of the debate around feminism revolves around implicit disagreements about the definition of the term, with many different feminist factions feeling that their version of feminism is more correct than that of other factions. Likewise, some tests are built on the premise that everyone would really be a feminist if only they understood the issues under consideration properly. This test aims to respect the respondent's view by allowing considerable conceptual nuance among the results.