Inspired by the work of Scott Lilienfeld, professor of psychology at Emory University, the Psychopathy Matrix Test screens for psychopathic traits in normal individuals, though the test can be used in clinical contexts as well.

In contrast to other psychopathy measures, this test is intended to comprehensively index psychopathic traits without assuming particular links to anti-social or criminal behaviors.

How do you score on the Psychopathy Matrix Test? For each of the following statements, indicate your level of agreement below.

I do favors for people even when I know I won’t see them again.

The IDRlabs Psychopathy Matrix Test (IDR-PMT) was developed by IDRlabs. The IDR-PMT was inspired by the work of Dr. Scott Lilienfeld, Ph.D. and Brian Andrews, who created the Psychopathic Personality Inventory (PPI-Revised). The IDR-PPI is not associated with any specific researchers in the field of psychopathology or any affiliated research institutions. Nor is it the equivalent of the Psychopathic Personality Inventory.

The test provides feedback such as the following: Machiavellian Egocentricity: People who are high in Machiavellian egocentricity lack empathy and have a sense of detachment from others. Their disinterest in genuine mutuality often allows them an edge with regard to achieving their own goals. Such people tend to be manipulative, self-centered, and aggressive in their interpersonal relationships. For instance, they may lie strategically, gleefully set up competitors or enemies to get them into trouble, or tell people only the part of the truth that they want them to know. Such people may also sometimes lie just to see if they can get others to believe them, and they often believe that they are more important than other people.

Social Potency: Individuals with high social potency have the ability to charm and influence others. They tend to be friendly, appealing, popular, and confident. For instance, they often know how to make themselves stand out favorably in a crowd and usually feel comfortable talking to strangers or charming their way into their good graces. Such people tend to come across as sure of themselves and exciting to be around. Bestowing a sense of something special in social interactions, they can easily ask favors of others and win people over through their charisma.

Cold-heartedness: People high in cold-heartedness have a distinct lack of emotion, guilt, or regard for others’ feelings. They are callous, as they tend to have a non-sentimental cognitive style. Their lack of concern for the welfare of others may make them appear cruel and merciless. Indeed, such people are often not emotionally affected when their family or friends have problems, and they do not tend to get upset when other people are suffering. Finally, cold-hearted people often do not feel bad, even when they’ve done something that they know was wrong.

Carefree Non-planfulness: Individuals with psychopathic traits often have difficulty planning ahead and considering the consequences of their actions, yet they seem to be okay with this. Since forethought is not prevalent in such people, they often find themselves in unfavorable circumstances. For instance, they may often repeat aberrant behaviors that previously got them into trouble, or they may overlook important details or duties, thinking little about the impact that their neglect will have. Furthermore, such people tend not to meet their obligations the way they should because of their impulsive decisions.

As the publishers of this free online Psychopathy Matrix Test, which allows you to screen yourself for the signs and symptoms of this condition, we have striven to make the test as reliable and valid as possible by subjecting it to statistical controls and validation. However, free online quizzes such as the present Psychopathy Matrix Test do not provide professional assessments or recommendations of any kind; the test is provided entirely “as-is.” For more information about any of our online tests and quizzes, please consult our Terms of Service. 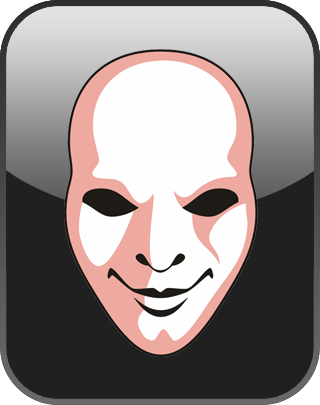 1. Free. This Psychopathy Matrix Test is delivered to you free of charge and will allow you to obtain your scores related to Machiavellian Egocentricity, Social Potency, Cold-heartedness, Carefree Non-planfulness, Fearlessness, Blame Externalization, Impulsive Nonconformity, and Stress Immunity.

2. Clinically oriented. The feedback delivered by this instrument is based on the work of Ph.D.s and is designed to deliver a clear clinical picture of the respondent’s current symptoms indicating psychopathic personality as measured according to standardized items.